Spanish-based football magazine Panenk typically features a single image on its front cover. However it did away with convention when it saw the portraits taken by Darren, a freelance award-winning photographer who covers business, news, sport and events.

Darren photographed Juan Mata for an interview with Spanish football journalist Javier Giraldo in a hotel near Manchester Airport.

During the interview, Panenka magazine also handed Mata an award for his sporting achievements and charity work. Spanish international Mata is a Real Madrid graduate who played for Real Madrid Castilla, Valencia and Chelsea before joining Manchester United in 2014. 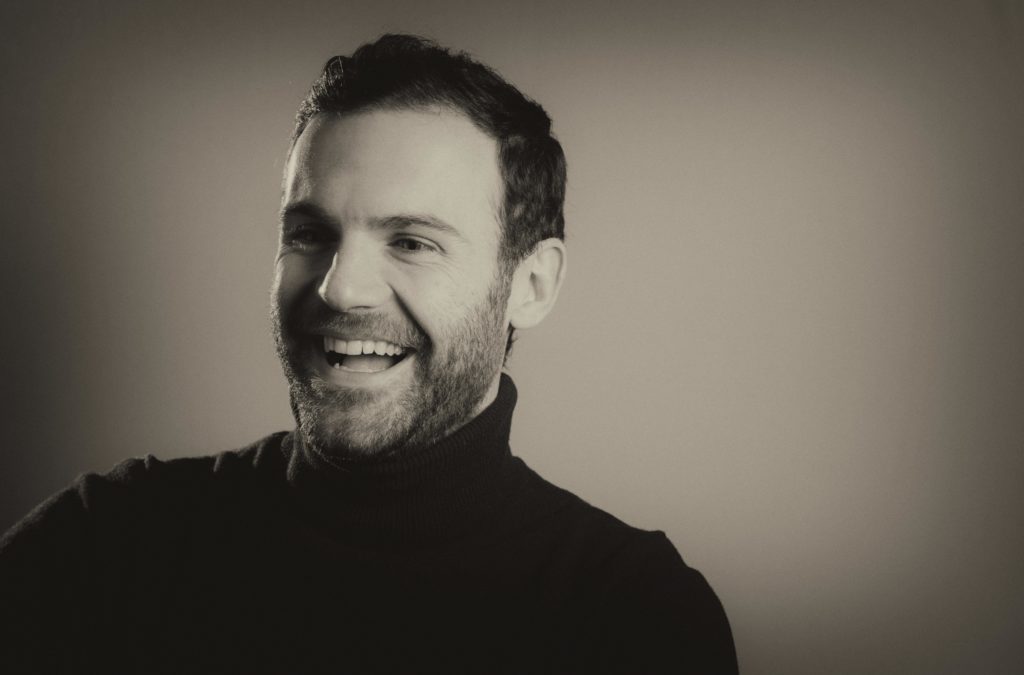 Darren said: “Juan Mata is renowned for being very accommodating and pleasant. This was the first time I’d met him and he was very helpful and professional. I set up my mobile studio in the hotel’s function area and had 20 minutes with him.

“Panenka is a very impressive magazine with quality content and design. It’s highly regarded in Spain, where football is like a religion. It is very influential among Spanish football supporters and the media.

“Manchester is home to a number of Spanish football journalists. I was contacted about the Juan Mata photographs after journalist Pol Gustems, who works for Catalunya Radio and El Periodico newspaper, enquired with Oldham Athletic about Manchester photographers.

“Luke Ingram, the head of media at Oldham Athletic, passed my details to Pol. I then contacted the Panenka editor in chief, Carlos Martin Rio, in Barcelona for a briefing ahead of the interview. It was an interesting job and I really enjoyed it.”

Darren Robinson has covered a number of Greater Manchester football clubs over the years including Oldham Athletic, Manchester City and Manchester United. For many years he was a staff photographer at the Oldham Evening Chronicle newspaper.

His work included capturing historic matches including the 1994 FA Cup Final at Wembley between Manchester United and Chelsea, which United eventually won after beating Oldham Athletic in a semifinal replay at Manchester City’s Maine Road ground.

This variety of work includes local projects for Oldham Business Edge magazine, including a number of photographs in this edition; radio station Revolution 96.2, Oldham digital agency Cornerstone Design & Marketing and the Professional Oldham networking events. Darren also works for clients at locations across the UK including London.

It was great that Panenka magazine were so happy with my photographs – and that it decided to use 12 on the front cover with more inside.

Following an extensive judging process, the shortlist of finalists have now been unveiled for the

Ultimate Products, the owner of a number of leading homeware brands including Salter and Beldray,

PrevPreviousApprentice Emily hailed ‘outstanding’ by college
NextEdge Structural Design completes work at major regional logistics siteNext
We use cookies on our website to give you the most relevant experience by remembering your preferences and repeat visits. By clicking “Accept”, you consent to the use of ALL the cookies.
Read MoreACCEPT
Privacy & Cookies Policy