Home » News » Alan hangs up his pencil case after 50 years

Alan hangs up his pencil case after 50 years 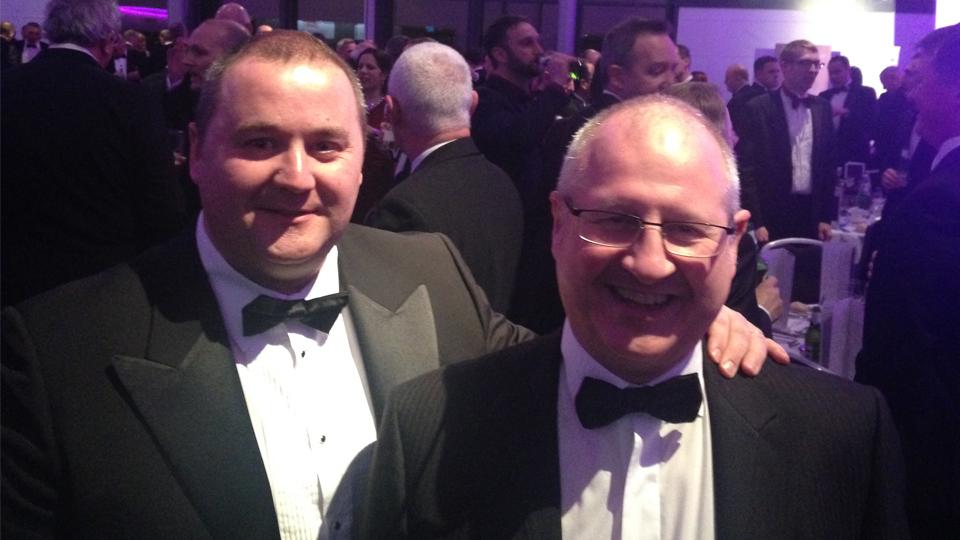 Alan Doherty MCIAT, of Whittaker Design in Lees has announced he will be retiring from the company.

The architectural and interior design company was founded by Donald Whittaker in 1972, and Alan joined the practice in it’s first year.

Alan has worked on a number of projects across Oldham, as well as schemes across the north-west and north Wales. Further afield, the architectural technologist has worked on buildings across the UK and France.

Whittaker Design is known for architecture work on domestic and commercial projects, including many pubs in the area. Clients have included Oldham Brewery, Boddingtons, JW Lees, Bass and Whitbread.

Business partner Lee Hollinworth MCIAT, says Alan has left his mark: “If you’ve ever been in one of the many pubs we’ve worked on, Alan is very likely to have been involved with building, extending, restoring, or refurbishing it.”

“Alan will continue to complete his existing projects, new build housing schemes, new build temple, etc, but will now be able to spend more time with his wife, children, grandchildren and his friends. Probably with a glass of beer in his hand on a short break away or on holiday.

“It will be sad not to have Alan across the desk, after 30-plus years.”

Lee will now lead on all new projects at Whittaker Design.

Alan says he’s positive about the company’s future: “I’d like to thank all those I’ve worked with in my profession over the last 50 years. All the clients, contractors, consultants and colleagues – for their business, collaboration and friendship.

“I’m happy knowing the business with continue to thrive with Lee as it’s talented leader.”

PrevPreviousOldham company’s strong foundations secure after recent buyout
NextBreakey & Nuttall Celebrate 10 Years in OldhamNext
We use cookies on our website to give you the most relevant experience by remembering your preferences and repeat visits. By clicking “Accept”, you consent to the use of ALL the cookies.
Read MoreACCEPT
Privacy & Cookies Policy