HE Professional Oldham networking group held its first event of 2020 with a tour of the new headquarters of the Cornerstone Design & Marketing agency.

Cornerstone moved into its new premises at Acorn Street, Lees, late last year. The building was previously a children’s indoor play centre. But Cornerstone has converted the site into bespoke offices, studios and workshops in a £250,000 building project which included construction of a new first floor to extend a mezzanine balcony.

Suzanne Wright, of Pearson Solicitors & Financial Advisers, opened the evening with a welcome speech and spoke about Pearson’s services to Cornerstone linked to moving to the new premises. 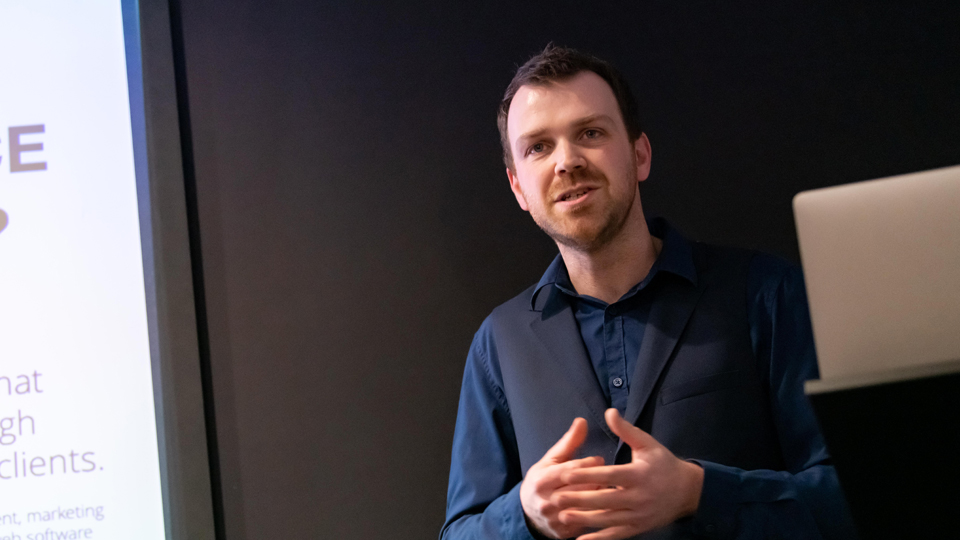 Cornerstone founder and managing director David Wadsworth then spoke about the agency’s growth over the past 12 years. Founded as a one-man business and initially based in the attic of his parents’ home in Clarksfield, Oldham, the business grew to employ three staff and then moved to Woodend Mills in Lees, where work and staff numbers continued to rise.

After a few years there, the firm moved to a larger office on Lees High Street, where it was based until last year. David Wadsworth said growth has been especially strong in the past three years and Cornerstone currently has 22 people working across the business in different roles.

In the past two years, it has enjoyed a number of award successes including CIPR awards for publicity campaigns with long-standing client North West Ambulance Service.

Professional Oldham visitors were taken on guided tours of the new Cornerstone building, shown different areas of work and introduced to staff. Drinks and food were provided, and there was also time for informal networking and socialising.

Professional Oldham is a not-for-profit networking group run by volunteers from local businesses with an emphasis on social activities. Admission covers costs and catering and any proceeds are donated to local charities through the year.

At the Cornerstone event, a cheque for £1,500 was donated to Dr Kershaw’s Hospice. 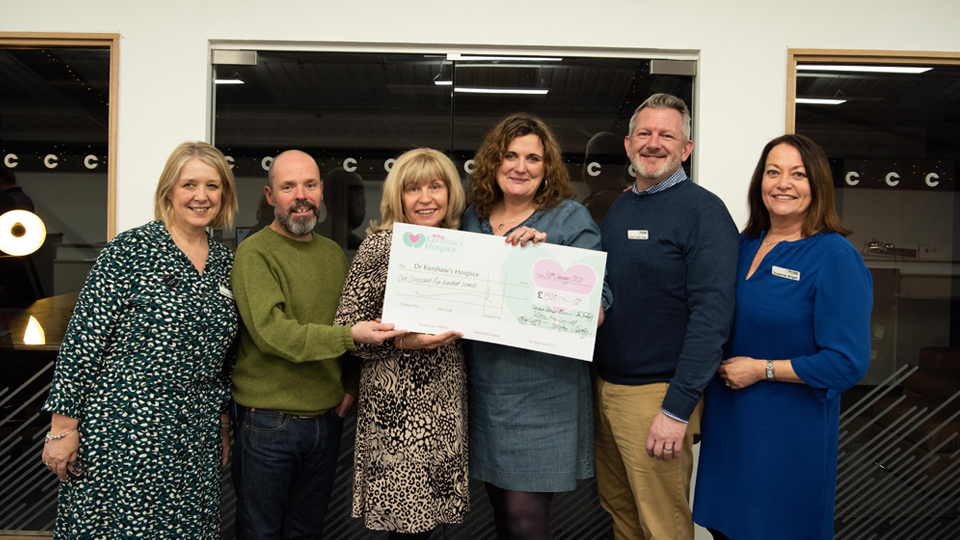