Home » Analysis » Achieving the best outcomes for landlords and tenants

Achieving the best outcomes for landlords and tenants 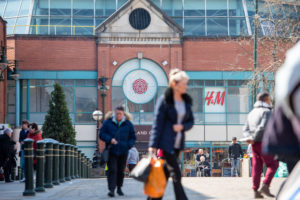 CHRIS Breakey has over 25 years’ experience in providing valuation advice and services for public, private and institutional clients on most types of property throughout the north west.
He offers valuation consultancy for a variety of purposes including acquisitions, disposals, probate, transfer of property, tax, secured lending, financial accounts, matrimonial issues and pension funds.
Chris told us,
“Breakey and Nuttall’s lease advisory work sees us assisting landlords and tenants to have a strong and positive relationship with each other. Leases are often documents of considerable complexity that can produce problems and disputes, but we try to maximise the benefits of the lease agreement,which is the contract between landlord and tenant, for the best advantage of both. “We most commonly become involved when there are “lease events” such as rent reviews or lease expiry. Rent reviews are usually at 3 or 5 year intervals and lease expiry is a further opportunity for the negotiation of the rent and, possibly, other lease terms, if the tenant wishes to renew the lease.
“We are appointed by either landlord, or tenant, and can’t act for both, but across all our work we act for landlords and tenants depending on who seeks our advice. Clients will often be referred by solicitors and we also receive a lot of personal recommendations. Sometimes clients will have tried to negotiate themselves but often professional input is required to provide clarity and perspective.
“Recent examples of our work include advising a restaurateur whose current lease is about to expire and the landlord’s solicitors have served notice proposing a 25% increase in rent. I have inspected and measured the property as well as taking a good look at the lease and fully researching the rental market in the area. Negotiations have commenced with the landlord’s surveyor and I am hopeful that we will be able to agree terms for a new lease at a substantially lower rent than initially proposed by the landlord.

“As this is a situation where notice has been served, if we cannot agree new lease terms prior to expiry of the notice, my client, the tenant, will have to make a court application for a new lease.
However, I hope to demonstrate to the landlord and his surveyor that they would be ill advised to allow the matter to go to court due to the market evidence supporting our rental position.”
Chris reports that this type of work is becoming more common and a lot of enquiries come through Breakey and Nuttall’s property management department led by Joanne Nuttall. He continues, “The retail sector is currently a fairly active area of landlord and tenant work particularly due to the pressure that the sector is facing and the changing trends in retailing.”
Chris has recently and successfully concluded negotiations on behalf of a landlord client with a major supermarket tenant for the renewal of a lease for a store in Bury, Greater Manchester. “The new lease terms include a 12% increase in the rent, which appears modest, but was strongly resisted by the tenant’s agent. The new lease has now been completed and our client is enjoying an improved return from his property. However, and more importantly, the property’s Market Value has increased as a result, potentially easing any bank related issues such as gearing or loan to value ratio.
“I am advising the same client with regard to a “local” supermarket in West Yorkshire occupied by a major chain. The current lease expires later this year and, once again, I am hoping to negotiate a modest rental increase in the new lease, and improve the value of our client’s asset. “In this type of case the party’s representatives exchange views and opinions about floor areas, measurements, calculations, interpretation of measurements and lease clauses, as well as values, rents and evidence, but such exchanges are always conducted professionally and with respect.”

The Landlord & Tenant Act 1954 has provided the legal framework for non-residential leases and tenancies in the modern era. However, Chris says that certain parts of it are considered, by some, to be onerous. “ One of its main principles is that at the end of a lease term, the tenancy will carry on unless brought to a conclusion by mutual agreement of the parties or by formal notice.
“This can lead to situations whereby tenants will not enter into lease renewal negotiations, particularly if the passing rent is low, and landlords are reluctant to serve formal notice.
“I have recently been dealing with a situation involving a shop in a Cheshire town let to a major pharmacy chain. The lease expired two years ago but no notice was served. The tenant did engage in lease renewal negotiations but refused to countenance any increase despite evidence to support a higher level of rent. Our client has recently, and reluctantly, served formal notice under Section 25 of the Landlord & Tenant Act with intent to bring the tenant back to the negotiating table.”
“ As a result of this type of situation there is an increasing trend to exclude certain parts of the Landlord & Tenant Act from modern leases. Such exclusion can lead to lease renewal negotiations being expedited and generally puts the landlord in a stronger position upon renewal.

“An increasing number of property companies now insist upon exclusion in any new lease and will often point out that it has become a condition of banking facilities that control of the lease expiry process should be retained.
Has notice been served ?
Chris has had a number of “educational “ experiences over the years involving the service, or non-service of notices under the Landlord & Tenant Act.
“ I once acted on behalf of a public sector institution who maintained that they had received no notices from their landlord. Renewal negotiations were progressing slowly when it transpired that notice had, indeed, been served by the landlord, who had proof of recorded delivery, and it had expired. The notice had been signed for but had got no further than the client’s post room. As a result the tenant lost their security of tenure and the new lease had to be immediately agreed on the Landlord’s terms .
“In another instance I was negotiating the renewal of a lease on an industrial unit in Sheffield, however, the landlord had not served notice. As I was making progress with the negotiations, the tenant broke off contact and I received a letter from his solicitor informing me that, in the absence of a notice under Section 25 of the Landlord & Tenant Act, any further communication with his client would be considered , and dealt with, as harassment. A Section 25 notice was duly served.

It is well documented that town centres and high streets throughout the country are experiencing problems with tremendous pressure on the retail property sector and Chris reports that it has become a very active area of landlord and tenant work,
“Analysis and research into many town centres will find a considerable variance in the levels of retail rents depending on when leases commence. Some shops, for historic reasons, will have rents well above the current market levels. Lease expiry is therefore an important opportunity for tenants to try and reduce their rental liability. Older leases with higher rents are usually not excluded from the Landlord & Tenant Act and tenants can serve notice on their landlord , under Section 26 of the LL&TA 1954, with a view to expediting lease renewal negotiations at a much lower rent.
Chris goes on to say,
“I have represented a number of town centre landlords who have received Section 26 Notices from retail tenants. In some cases the rental proposals have been for less than half the passing rent . In one recent case my client’s tenant was a national bakery chain who proposed a rent reduction of 25%, I was able to argue that this was unreasonable and, ultimately, we were able to maintain the rent at the pre renewal level without the matter progressing to court.

Chris concludes by emphasising the increasing influence that business rates are having in the assessment of town centre and high street retail property,
“The 2017 revaluation has brought some relief to hard pressed retailers, and also in some cases to hard pressed landlords , many of whom had reduced rents to virtually nominal levels in certain cases where, prior to the 2017 revaluation, business rates liabilities had become unsustainable for their tenants. Town centre areas, such as Oldham’s Independent Quarter,away from prime high streets, have benefited from the positive effect of small business rates relief due to a combination of
smaller shop properties and rateable values below small business rates relief thresholds.

For advice and assistance with landlord and tenant matters, town centre property, or business rates issues, contact Breakey & Nuttall on 0161 660 3101.